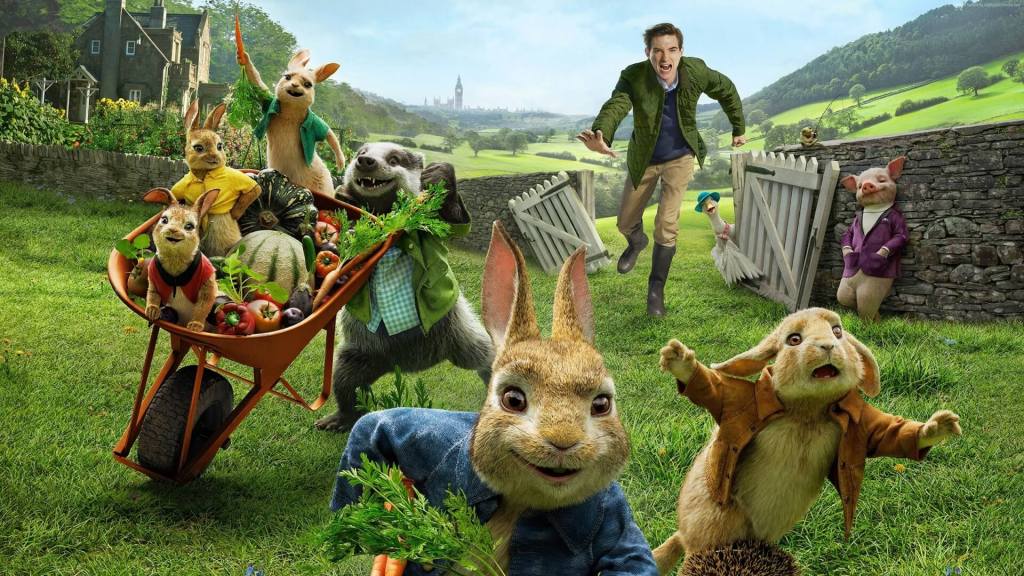 Channel 4 have lined up the free-to-air premiere of Peter Rabbit to kick off their festive season.

James Corden voices Beatrix Potter’s classic character whose constant raids on Mr McGregor’s bounteous vegetable patch are about to get a little bit more challenging when a new owner comes up from London. Peter Rabbit (Corden) lives an idyllic life. Old Mr McGregor (Sam Neill, who also voices Tommy Brock) is really good at growing veg and Peter, well, he’s good at nicking it. No matter how hard the old guy tries, he just can’t keep the pesky bunny and his mates out.

Then, one day, as luck would have it, old Mr McGregor drops dead. ‘Hooray!’, thinks Peter. Free veg forever. But his time in paradise is short-lived because Mr McGregor has a great-nephew, Thomas (Domhnall Gleeson, who also voices Mr Jeremy Fisher), and Thomas is from London and, being from London, he’s really uptight. Before Peter and his gang of animal thugs know it, there’s gates and walls and electric fences. And so begins a war between a small portion of British wildlife and man, or a man. But if all this sounds a little rough, do not fear because next door lives Bea (Rose Byrne, who also voices Jemima Puddle-Duck), who serves to soften up the struggle between man and beast and, perhaps, offer a bit or romance? Only if Thomas can loosen up a bit. But can there ever be peace on the veg patch? Also featuring the voices of Sia (Mrs Tiggy-Winkle) and Margot Robbie (Flopsy and the narrator).

Watch them all on demand via All4. Buy Peter Rabbit on dvd, here.

For more Christmas tv updates, register for our alerts below.