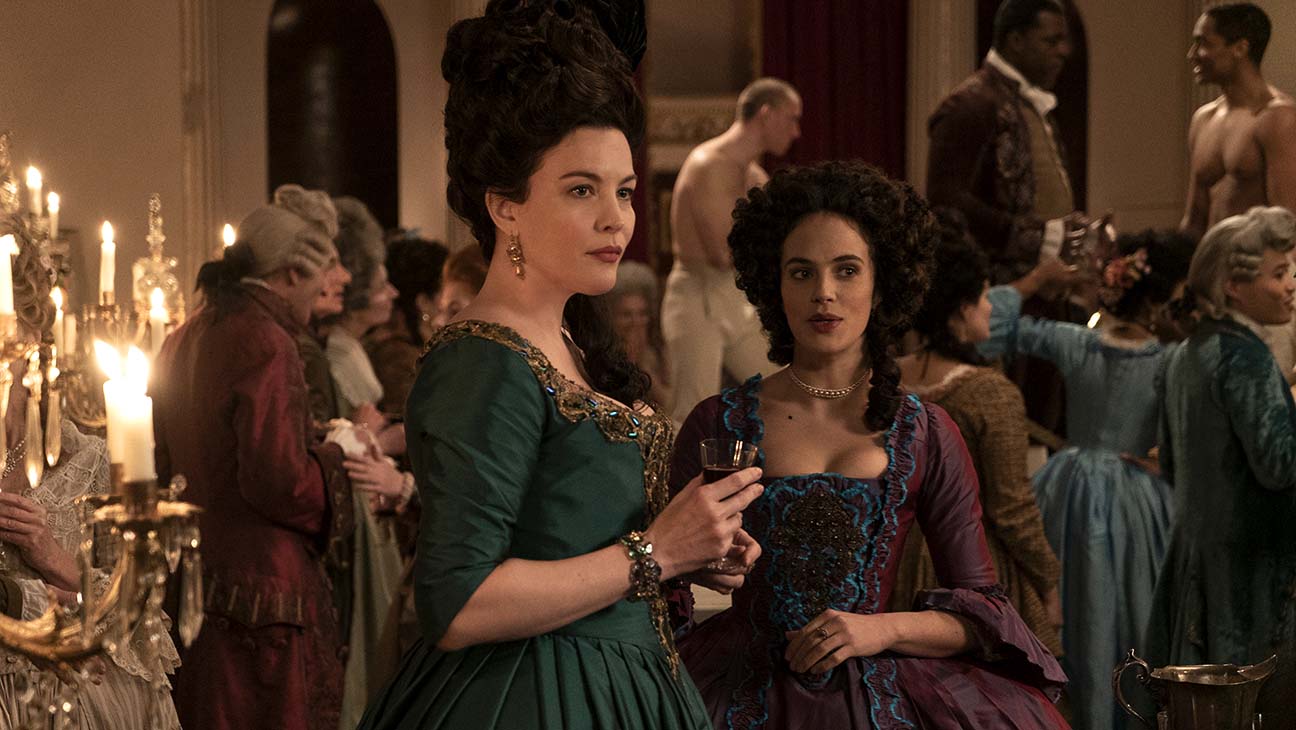 Set in 18th century Georgian London, the most cosmopolitan place on Earth, Harlots follows brothel owner Margaret Wells (Samantha Morton) and her family as they struggle to move upwards in the world.

When her business comes under attack from Lydia Quigley (Lesley Manville), a rival madam with a ruthless streak, Margaret must fight back, even if it means putting her family at risk.

At a time where one in five women in London is making her living selling sex, Margaret’s daughter Charlotte (Jessica Brown Findlay) who is London’s most coveted courtesan, begins to grapple with her position in both society and her immediate family.

Can you tell us what attracted you to Harlots?
The initial appeal of working on the series was the thought of working with Debra Hayward and Alison Owen. They are real heroes of mine in the film industry.

I left television at 19 to work mainly in independent cinema and with film makers, but when The Last Panthers came along (in 2015), I thought, it’s Warp Films. I’m sure it’s going to be produced with a film ethos. And it was. I had an incredibly positive experience working on that series. The whole experience was one that I’ll remember for the rest of my life. It was absolutely extraordinary and it didn’t feel made in the way that television had been made in the past.

So when this came through and I saw Debra and Alison were involved, I thought, oh yes, it’s film people making television again. I have been a huge admirer of Debra and Alison and the thought of working alongside them was something I’d always hoped for in my future. Harlots felt timeless and very original. Yet also familiar, like Dickens only now with a twist.

That was my initial excitement. I do watch some brilliant television and I think, well maybe it’s all merged a little bit. Maybe the attitude of film-makers and the integrity of some film-making, the honesty and bravery of that have merged in this, understandably, corporate world.

As an actor I initially think, okay, who is this woman? Who are they thinking about me playing? Can I play it? Am I right for it? Am I the right age. Is it feasible? Is it going to work? Can we achieve this? They’re all the questions you ask yourself initially as an actor.

It’s not really about the whole bigger picture. I have to make it very intimate to start with. Very, very personal. Because I have the responsibility of playing Margaret Wells. So that’s what I have to try to do.

People may see the title and think it will be a saucy romp. But that’s not what it is, is it?
When I’m shooting my scenes they’re certainly not saucy. It is very easy and understandable that there will be that response. And you have to rise above it. Of course there is going to be sex in there. It’s selling sex and you have to see that. Whether you see it from the whore’s-eye view or not, you are going to see sex, you’re going to see nudity. It is how that nudity is portrayed and how our show managed to do that differently. That’s the question.

Harlots is about women, the heartbreak, the cruel reality that is being a woman, the choices we are forced to make and why. Yet we still have grace, courage, hope and mostly, love. The world for women then was brutal. It still is.

Can you tell us about Margaret Wells?
She is a survivor. She has found a language and behaviour for herself akin to her environment. She is what she is because of her surroundings.

Margaret Wells has had it tough, yet she’s incredibly optimistic and joyful. She loves life and loves her children, she doesn’t suffer fools and has fought hard to get where she’s got. She’s loyal but do not cross her.

Margaret introduced her eldest daughter Charlotte to the ‘oldest profession’ when Charlotte was just 12. But she has given younger daughter Lucy more time? Why?
Margaret was looking for a keeper for Charlotte aged 12. It’s not the same as with the other girls, who sell themselves constantly. Lucy wasn’t ready, Margaret was able to provide Lucy with more schooling as Charlotte rose through the ranks.

It’s a trade, let’s not forget that. It’s easy to look at prostitution as a ‘last resort’ or with shame but that’s not how some working girls see it. If you know a trade why not pass it on to loved ones?

What’s her relationship with rival brothel keeper Lydia Quigley, played by Lesley Manville?
Lydia Quigley is my ex-evil boss. Margaret hates her and all she stands for. She doesn’t want anything to do with her. However, the history they share means on some strange level there’s also love, in the same way an abused child might still love the parent.

What was it like working with Lesley?
There was an anticipation of working with somebody like her, almost in an exciting child-like way. She is iconic. Her body of work and how she maintains that dignity. She’s just a legend to me. I’ve watched her and admired her work for such a long time. It was an honour and a privilege to work alongside her!

An audience of today may be surprised to learn that one in five women in London made their living selling sex at this time. Did anything about the series shock or surprise you?
It surprised me how modern it was. I live in an early Georgian house and it’s a period that fascinates me. I find it incredibly modern. I think in some ways we’ve gone backwards in terms of our attitude.

It’s similar still today: child brides, child abuse, the legal age of consent varies in the world with some countries as young as nine.
It’s sad the choices women have to make in this world. It’s very similar to today all over the world. Nothing much has changed, women often have to pretend to be stupid to make a man feel superior.

Was it a different experience filming with a female-centric cast?
It wasn’t the same. We made it with so many women. This show is about women. I’m not used to that. I’m used to there being a bit more of a balance. But then the crew are predominantly male. So on the set you have a balance. You don’t have many female sparks. So it balances out in other ways.

She wears very simple clothes. She’s not poor but the money she makes goes back into the girls’ health, food, lodgings, making sure they’re comfortable and eating well. Margaret is not foolhardy.

Hair and make-up took a couple of hours and it was tough doing continuous working days in a corset.

Harlots also had to create the world of 18th century Georgian London, what were the sets like?
What the production designer managed to do in establishing this world was absolutely extraordinary. It’s a team who are able, first of all, make somewhere like a home or whatever. But it’s then in the detail of what you choose to dress in that set, what’s its relevance and why is it there? Is it being used and is it accurate in time? That’s a very hard task.

The fact they managed to make all of those worlds as realistic as they were was extraordinary. I was blown away by the level of commitment. Margaret’s first Covent Garden house was breathtakingly accurate. I felt proud to be on the set and I was in awe of the production design.

How do you reflect on the experience of filming Harlots?
It was very tough and very extraordinary. But hopefully completely worth it if an audience responds with love. The creators Moira Buffini and Alison Newman did an amazing job of establishing this world and its believability.